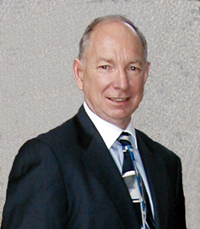 William W. Thatcher is a Graduate Research Professor Emeritus in the Department of Animal Sciences at the University of Florida. He received his B.S. from the University of Maryland, a M.S. degree from the University of Maryland, in conjunction with the USDA-ARS Beltsville Research Center, and the Ph.D. degree from Michigan State University. He completed two sabbaticals at INRA, Nouzilly, France, in 1977 and 1985.His research program in cattle has been associated with ovarian follicular development, maternal-embryo interactions, and developmental approaches for regulating reproductive function to enhance production and health. Major focus has been dealing with effects of the postpartum period, nutrition, and heat stress on ovarian follicular and corpus luteum functions and embryo survival.

He has served as a mentor for 70 graduate students-postdoctoral fellows and sabbatical persons. Dr. Thatcher has published more than 340 refereed journal articles and 48 book chapters (http://www.ncbi.nlm.nih.gov/sites/entrez?db=pubmed&cmd=search&term=THATCHER-WW).

He taught endocrinology, and is an active member of the Interdisciplinary Reproductive Biology and the Animal Molecular Cell Biology programs at the University of Florida. Dr. Thatcher has served as associate editor or on the editorial boards of Biology of Reproduction, Journal of Animal Science, Journal of Dairy Science, Theriogenology, Animal Reproduction Science, and Reproduction-Nutrition-Development.